City Gate: the collaboration between CID and ITC for sustainable textile transport 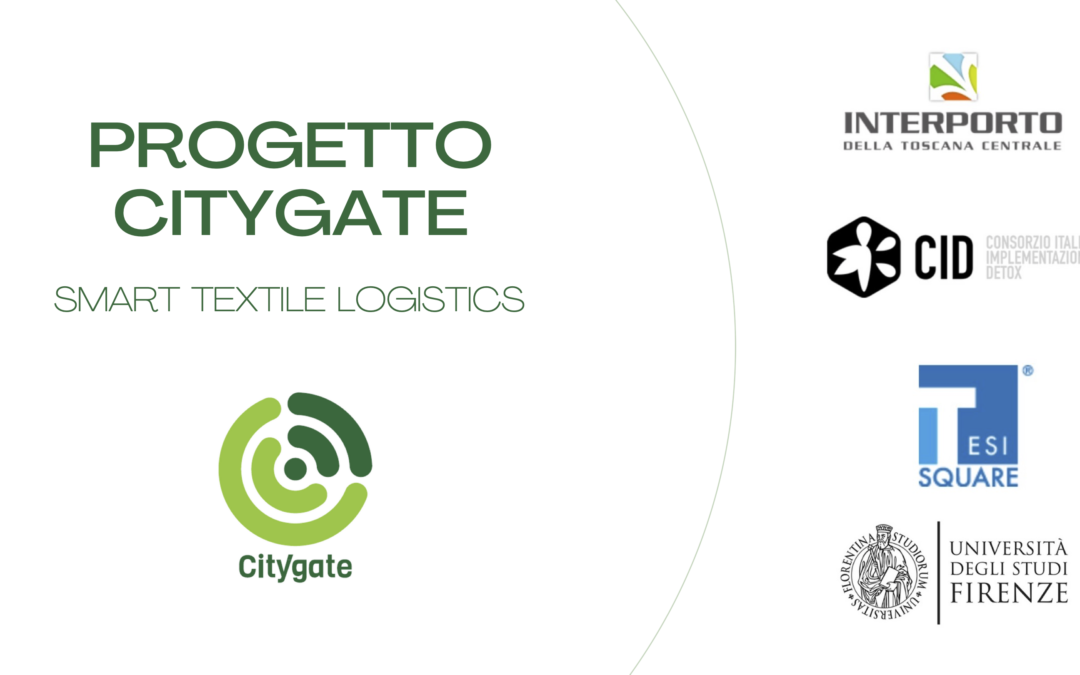 City Gate is an experimental project that analyzes the transport costs and movement of raw materials inside the textile production chain. The goal is to quantify the environmental impact.

Interporto of Central Tuscany and Consorzio Detox, in collaboration with the laboratory “Logislab” of the University of Florence and Tesisquare, promoted the start of the study in February 2021. The results of City Gate experimentation were announced during the 10th edition of It4fashion at the Certosa in Florence, July 14, 2021. Textile district: 46% of the movements of raw materials are empty load

The study has involved 40 enterprises of the textile district in Prato. It analyzes, in particular, the displacements of the raw materials of three woolen factories, three finishing, and a weaving (Lanificio Nova Fides, Marini Industrie, Texmoda, Rifinizione Cambi, Rifinizione Alan, Fratelli Ciampolini, Tessitura Italia). The analyses monitored the path that the semi-finished textiles make passing between companies located in a radius of about 15 kilometers.

According to the first data released within the City Gate project, out of 1120 journeys monitored, 46% of moves are empty or semi-empty: in 28% of the cases the transportations have an empty load; in 18% have a semi-empty load, and in 42% have a partial filling.
Only 12% of travel is at full load.

Carbon dioxide produced by the displacement of textile material

Concerning pollutant emissions, 7.800 kilometers of trucks have produced 1.706.320 grams of carbon dioxide. 460.000 grams of these were emitted empty load (for a total of 2.100 kilometers traveled unnecessarily).

On the model of Prato textile supply chain, the company Tesisquare designed a cloud portal. Every day, every company involved in the project has uploaded the travel schedule of the vans, with the raw materials on board. The data uploaded on the portal were compared and cross-referenced, detecting the great potential for optimizing the service. The development of a pilot project for sustainable logistics

During It4fashion, the convention brings together the experts of technological innovation and the most important fashion companies, the president of the Interporto of Central Tuscany, Francesco Querci, and the president of Consorzio Detox, Andrea Cavicchi is taken part.

“Bringing mobility and logistics to the centre of a fashion event I think is a very important milestone,” tells Querci. “A result that gives us hope that in the near future we can move from experimentation to the realization of the integrated transport service of raw materials. The first pilot project was developed in Prato, but it can also be exported outside the provincial borders. In these months we have studied a sustainable logistics for the district that is destined to carry advantages to the companies, the territory and the atmosphere. A project that can aim to obtain European funding and within the Recovery Fund”. “From the first analysis, we have seen that it is possible to achieve a saving of 46% on the kilometers covered by vans and carbon dioxide emissions,” says Cavicchi. “This project goes in the direction of optimising the transport system in the production chain, making it synergistic, controlled through an IT platform and going towards sustainable mobility. A theme, the latter, towards which the district of Prato has always shown great attention”.

To explain the margins of optimization of the movement of raw materials, here are some data. According to the movements of a single wool mill to the different companies for textile processes, the figure shows a distance of 53.5 kilometers and a time of 1 hour and 11 minutes. On the contrary, through a system of green and shared trucks, the kilometers go down to 31 and the journey time to 45 minutes. This would have saved 22.5 kilometers of road, 26 minutes, and above all 4.950 grams of carbon dioxide emissions into the atmosphere (42% of what is emitted by trucks).